In a previous post, I wrote about the death of civil jury trials.   I noted that rational people frequently opt for mediation or some other form of dispute resolution in lieu of proceeding to federal court.  The advantages of these procedures are that they are more predictable and less expensive than federal litigation.

Let’s say, however, that a complaint has been filed in federal court.  We, too, offer mediation by referring the parties to an outside mediator.  We also offer the services of our magistrate judges to hold settlement conferences.  The magistrate judge I work with most frequently is Judge Cheryl Zwart.  She is particularly good at settling civil cases.  A former partner in a highly respected litigation firm, who cut her teeth representing railroads in personal injury cases, Judge Zwart is smart, tough as a boot and has “been there and done that.”  She has a superb track record of settling cases, and the lawyers rave to me about her deft manner in doing so.  (See the post script.) 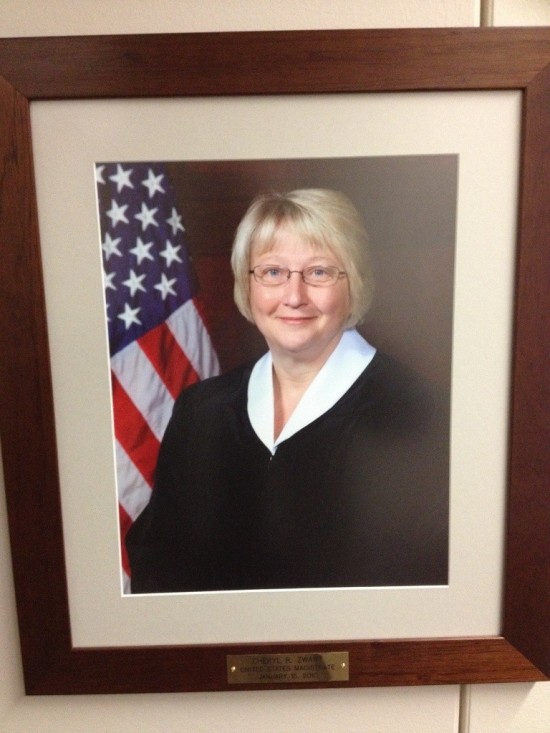 Some lawyers, however, never want to settle.  Indeed, an old-time trial lawyer once told me that “settlements are for sissies.”   For those lawyers, most of the time, we do not pressure them to engage in alternative forms of dispute resolution.  We understand that mediation and the like may impose unnecessary expenses on the parties, that, in certain situations, alternative dispute mechanisms can undermine the relationship between client and counsel, and, most importantly, we understand that there is a Seventh Amendment right to a jury trial.

In short, if you are one of those lawyers who think that “settlements are for sissies,” let the court and your opponent know that at the front end.  If you do and you mean it, we won’t hassle you.  Just don’t be mad when the jury renders a goofy result.

PS  True story.  The District of Nebraska has a court facility near the Colorado border at North Platte, Nebraska.  The last time I tried a jury case out there, I had a heart attack.  Fast forward to this year.  Faced with good trial lawyers, with a mind-set that settlements are for sissies, I was preparing to go to North Platte to try a grudge match that had been bumping along in our court for years.  At the last moment, and after eight hours or so of work,  Judge Zwart was able to help the lawyers reach a settlement.  I am told that she introduced the settlement conference this way, “Last time Judge Kopf conducted a trial in North Platte, he had a heart attack.  I am not going to let you kill him, so we are going to settle this thing, capisce?”  (At example 3, the Urban Dictionary illustrates Judge Zwart’s meaning of “capisce.”  That is,  “[o]ften used by popular Mafioso bosses like John ‘Dapper Don’ Gotti, ‘” the word is properly used like this: “You fuckin piece of shit,you come around here again ya dead, capisce?!'”)  I thus avoided the death trap that is North Platte.