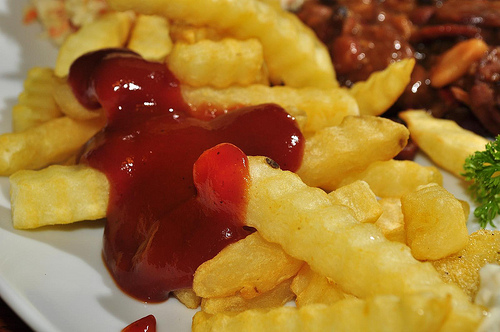 Partially in response to the insightful guest post submitted by Elaine Mittleman, I have entered a standing order for my cases that attempts to deal with rejected or lapsed plea offers and the decision of the Court in Missouri v. Frye.  The order is also responsive to some of the concerns expressed in Lafler v. Cooper.

Since this order potentially relates to impending matters that may come before me, I will have no further comment on the order.  I reproduce the order below.  (The original will appear on our external web site.)
IN THE UNITED STATES DISTRICT COURT
FOR THE DISTRICT OF NEBRASKA
GENERAL ORDER NO.  2013-03
IN RE: Making a Record to Comply with
Missouri v. Frye, 132 S.Ct. 1399 (2012)
in Cases Assigned to Judge Kopf
In Missouri v. Frye, the Supreme Court applied the Sixth Amendment right to effective assistance of counsel to the consideration of formal plea offers that lapse or are rejected. In doing so, the Court observed that the prosecution and the trial courts may adopt measures to help ensure against late, frivolous, or fabricated claims. First, a formal offer’s terms and processing can be documented.  Second, courts may require that all offers be in writing. Third,  formal offers can be made part of the record at any subsequent plea proceeding or before trial to ensure that a defendant has been fully advised before the later proceedings commence. With that in mind,
IT IS ORDERED that:
1. In cases assigned to Judge Kopf, the government shall not make a formal plea offer unless it is in writing and signed by the United States Attorney or one of her assistants.
2. If one or more formal plea offers have been made and rejected or have lapsed, counsel for both sides and the defendant shall assemble with the defendant before a magistrate judge immediately prior to trial and jury selection for the purpose of making a record of the rejected or lapsed formal plea offer(s).*
3. When making a record of rejected or lapsed formal plea offer(s), the magistrate judge will inquire of counsel and the defendant as to:
A. The existence of formal plea offer(s) and a copy of each formal plea offer that has been rejected or has lapsed shall be marked as an exhibit and received in evidence.
(i) The clerk shall seal the exhibits.
(ii) The clerk shall retain the exhibits and not return them to counsel until the defendant has been sentenced or a jury has acquitted the defendant of all charges. The clerk shall return the exhibits to counsel when the defendant is sentenced or when a jury has acquitted the defendant of all charges.
(iii) At, but not before, the time the exhibits are returned to counsel, the clerk shall upload copies of the exhibits to CM/ECF and docket them as “rejected or lapsed plea agreement(s)” or similar wording.
B. Whether rejection or lapse of the formal plea offer was the result of a knowing, intelligent and voluntary decision on the part of the defendant.
C. Such other matters as may be deemed pertinent by the presiding judicial officer.
4. When making a record of a rejected or lapsed formal plea offer, the presiding judicial officer will abide by and strictly adhere to the provisions of Federal Rule of Criminal Procedure 11(c) prohibiting judicial officers from participating in plea discussions prior to the offering of a plea agreement.
5. Immediately following the hearing required by this order, the courtroom deputy assigned to the case shall cause a transcript of the proceedings to be prepared and filed in the court file. The transcript shall be filed as a sealed document.
Dated: June 13, 2013
BY THE COURT:
s/Richard G. Kopf
Senior United States District Judge
*For those situations where a plea offer has lapsed or has been rejected, but a subsequent plea offer agreed upon, I anticipate that the normal Rule 11 inquiry will be sufficient.
RGK