July 14, 2013 By RGK in Uncategorized Tags: 2nd Amendment, guns, shooting yourself in the foot 13 Comments

Like black helicopters sent from the UN, there are lots of things in the Constitution about which I pay little or no attention.  Most of the time, the Second Amendment is one of those provisions. Anyway, the verdict in the Florida case where Mr. Zimmerman was acquitted of murdering Mr. Martin with a concealed semiautomatic weapon got me thinking about the Second Amendment and guns.

A while back, one of the judicial security people suggested that I might consider carrying a weapon.  I can’t remember what I had done to piss off the wing nuts, but it was probably something to do with a decision allowing partial-birth abortion.  In any event,I declined the suggestion that I start packing, but I gave an honest explanation.

When I was a magistrate judge, I got to know a truly great drug cop in Omaha.  He was a helluva an investigator, and, on top of that, he ran one of the drug dogs.  The cop was also one of the funniest guys I ever knew.

One particular investigation took my friend and his fellow officers to Los Angeles to make some task force arrests regarding a  large drug trafficking operation that was using Omaha as a distribution point.  With his Omaha buddies, my friend, the cop, was armed with whatever sidearm he typically carried.  As these fellows were racing around L.A., they got into and out of their sedan on numerous occasions.  After one such stop, my friend was the last one back into the vehicle that was stuffed with other officers wearing their tactical gear.  He put his hand on his weapon to steady it as he jumped into the back seat.  At that point, the weapon discharged and put a fairly large hole in my friend’s foot.

Aside from the bureaucratic nightmare that was caused by the accidental shooting, my friend became the object of good-natured derision.  When he finally returned to work, wearing a large “boot,” he was confronted with a photo of his drug dog, blown up to a very large size.  As I remember it, the photo showed the dog using the phone while barking loudly, “Quick, send backup! My partner shot himself in the foot.”

With this experience forever emblazoned in my mind, I knew that there was no way I should start carrying a Nine.  I’d be lucky if the only thing I winged was foot.  In a similar vein, it is at least arguable that Mr. Zimmerman would have profited from this cautionary tale just as I did.  In my view, that is true even if the Second Amendment grants each of us the right to behave like a moronic Robocop from Detroit. 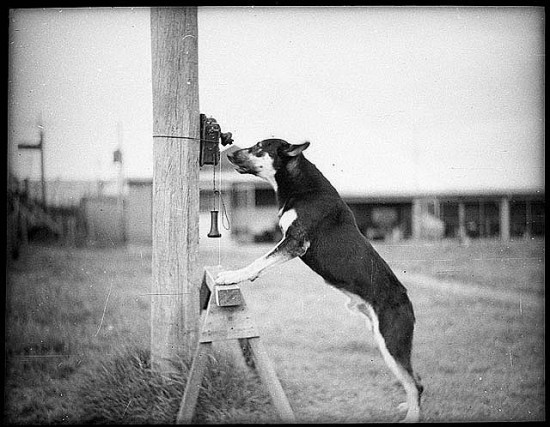 “Quick, send backup! My partner shot himself in the foot.”