If you care about federal criminal law, please read “Sequestration’s Biggest Victim: The Public Defender System.”  It appeared in the Huffington Post yesterday.  While the Huff Post is not my favorite, the article is a very good one, and well worth reading.

I love history and I love old cars.  I particularly enjoy reading history about mobsters and their snazzy machines.

Al Capone drove an armored 1928 Cadillac until he lost it to the feds after a tax trial. President Franklin D. Roosevelt used that confiscated machine shortly after Pearl Harbor and until 1942. Before that, the President’s vehicle was just a regular car.  After the beginning of the War, the Secret Service worried that German or Japanese assassins might try to kill the President.  So they took Al’s car out of federal storage. Then, they devoted it to the protection of the President.

The story is told here and the photo below of that wonderful vehicle is credited to Federal Times.com. 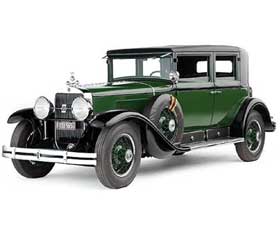 I have my own version of Al’s wonderful machine.  The 2005 Cadillac is pictured below.  I just bought the used beauty with about 10,000 miles on it. If I told you that I bought it from a mobster, you might not believe me.  So, let’s leave the origin to the mists of time.  (Truth be told, I stole it from an old lady with whom I am related by marriage–I have no shame.)

Anyway, displaying the photo will probably drive our judicial security guy absolutely crazy, but have no fear. Just like 1928 Cadillac, I am pretty sure my 2005 Cadillac is armored.  It certainly drives that way.

But even if it isn’t able to withstand a rocket-propelled grenade, no sane person could pass up a dark blue buggy that is roughly the size of the Titanic particularly when you realize that it is adorned with faux gold ornaments, gold striped tires, and a ridiculous but really cool tan cloth top featuring a string of wonderfully garish “golden” snaps. Capisce? 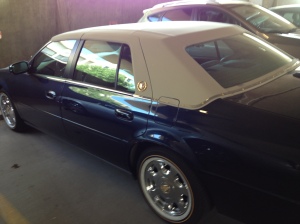 Like Loading...
July 22, 2013 By RGK in Uncategorized Tags: diminishing jury trials in federal courts, legal realism, the impact on changes in the legal economy on defense firms, when the money ends 21 Comments

I have given Vince, a really great local plaintiff’s trial lawyer and all around good guy, a bunch of grief about why civil jury trials are drying up in federal court. I lay the “blame” mostly on changes taking place in the legal economy. OK, for a moment, let me get off Vince’s back.

If civil jury trials are drying up in federal courts, what is going to happen to the high and mighty defense firms?  For a penetrating review of “big law” and the fear that the economy as it regards lawyers has fundamentally changed (and not for the better), please read the utterly absorbing cover story The Last Days of Big Law: You can’t imagine the terror when the money dries up in the New Republic issue out today on the news stands. Noam Scheiber wrote the piece. He is a wonderful writer and a brilliant fellow.

The times they are a changing. Plaintiffs’ lawyers are not the only ones that should fear the coming “dark ages.”

Like Loading...
July 22, 2013 By RGK in Uncategorized Tags: good in strange places, riding the rails, succor for the soul 3 Comments 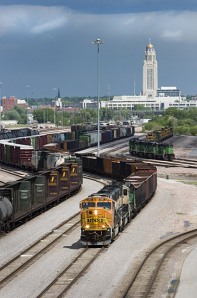 My family has been involved with railroads for a long time. Brother Kip was a locomotive driver all of his professional life. My nephew followed his dad and “steams” up and down the rails between Chicago and Pittsburgh as we speak.  The man I regarded as my grandfather (Gordo was his nickname) served as a brakeman.  (He was also adept at taking vacations on the railroad under the FELA, but that’s another story.) I worked in the rail yards walking among the moving cars helping the trainmen make up trains.

Rail yards are very dangerous places, particularly for transients. My brother remains troubled by the transient he ran over and killed as the sad drunk lay on the rails as Kip pulled a two-mile long coal train into the yards one dark night.  Even at very slow speeds you can’t stop a train quickly even when the huge high beam clearly framed the poor guy’s drunken body in the stark glare hundreds of yards ahead. A blaring, but ignored, horn simply punctuated the horror.

Yesterday, in the Lincoln Journal there was a story about a transient and the railroad.  The article was short, but poignant.  I reproduce it in toto here:

A transient man lost his right hand and was likely to lose a foot after being dragged 400 feet by a Burlington Northern Santa Fe train in west Lincoln early Saturday.

The man, who is 23, was in critical condition but is expected to survive.

Police say he was with a woman and two dogs when one of the dogs, a puppy, ran under a stationary train west of the Hobson Yard shortly before 2 a.m. The man reached under the train, which then started moving.

The woman accompanying him was able to flag down a person on the train.

Morrow said she wasn’t sure where the man is from. The 24-year-old woman who was with him is from New York.

The puppy is OK, Morrow said.

There is good in the world. We sometimes find that good in very odd places. In our cynical business of the law, little stories like these are worth savoring. They are good for our poor depleted souls.

One of the purposes of this blog is to describe in realistic terms what really goes on in the federal trial courts.  In that regard, how each of the federal trial courts govern themselves is frequently unknown to the public, and has received little academic interest. Moreover, and you would only know this from the inside, the governance of a federal trial court can be messy, nasty and very controversial.  In this post, I want to briefly describe how our court governs itself.

Unlike virtually any other federal trial court with which I am familiar, the District of Nebraska uses a wide open and democratic form of government. Anyone may read our governance order on our external web site (here).

The important elements of our governance structure can be described as follows:

I am very proud of how we govern ourselves. It is a system that is inclusive and non-hierarchical.  It presupposes that a federal district court is a joint enterprise–one in which the more key players have a voice the better the enterprise will function. While I don’t propose that our way is a model for other courts, it is worth considering. 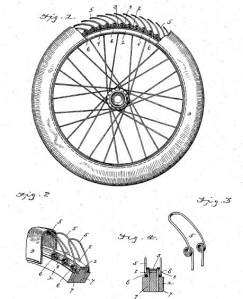 Patents are a major component of the lifeblood of our economy.  Yet, as a generalist judge with no training in science or engineering and very little experience with the intricacies of patent law, I am entrusted with handling patent litigation. Why does that make sense?

If I screw up, the parties may appeal to the Federal Circuit. The Article III judges on the Federal Circuit often have backgrounds in engineering and science.  For example, my friend, Alan Lourie, holds a PhD in chemistry.  Others, like Chief Judge Randall Radar, who lack scientific or engineering educations, have nevertheless devoted extensive portions of their professional careers to the study of patent law.  If specialized experience with patent law is necessary for the Federal Circuit–indeed, if a specialist Circuit court is desirable at all (and it is)–one must seriously consider why a generalist trial judge like myself, who has handled maybe 10 patent cases over the course of a career, ought to have the authority to adjudicate these types of cases.

Don’t get me wrong. Despite the title of this post, I can learn what I need in order to do a creditable job when I handle a patent case. But truth be told, it requires an enormous amount of effort that tends to significantly depress my ability to get a lot of other work done. Moreover, the chance of error–because each patent case requires relearning a highly specialized area of the law, not to mention the daunting scientific or engineering questions inherent in these cases –rises exponentially when generalist judges handle these types of case.  Indeed, in one fairly recent study nearly 35% of decisions on claim construction issues resulted in reversal.  See Student Note, Daniel Gopenko, Reconsidering the Standard of Review in Patent Claim Construction,  40 AIPLA Q.J. 315, 324 (2012) (footnote and citation omitted).

I suppose it’s a pipe dream, but it sure would be nice if patent cases were tried by more knowledgeable judges. There are a variety of ways that this could be accomplished while preserving the core protections of Article III and the right to trial by jury.  But for this very generalist judge (whose experience in the practice of law tended toward defending “dog at large” cases), the parties (and patent law more generally) would be better off with someone who knew more about what he was doing when he put on the black robe.

What do you think?

Here are the reasons:

Like Loading...
July 18, 2013 By RGK in Uncategorized Tags: legal realism, reason for rules or procedures, standing when receiving sentence 13 Comments

Earlier today, I posted a simple question.  Should a defendant be required to stand when the judge hands down the sentence?  The post has now generated a fair number of comments, and they are very good ones.  Admitting that there is no correct view, I want to provide my own answer now.  I hope that his post might also generate a good discussion because this issue, in my opinion, is more important than you might think.

Some things are more important than others. 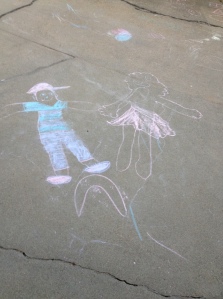 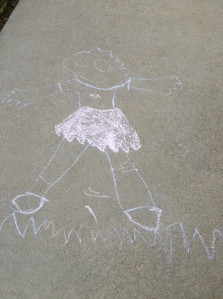 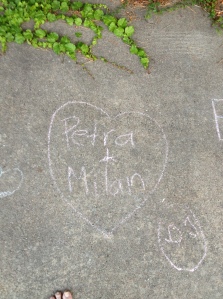 Should a convicted person be required to stand, rather than sit, when the judge hands down the sentence?  If so, why?