Over the last weeks when I was hospitalized and while recovering both of my former law partners, Ed Cook (the best lawyer I have ever known) and Judge Jim Doyle, called to “buck up” their old partner. Their calls brought back wonderful memories of our time together, and my love of these fellows. Never once when I practiced law with Ed and Jim did I feel alone. In common parlance, they always “had my back” while always insisting that our clients came first.

My judicial colleagues have done the same thing during my recent health scare. They looked after me with care and concern but with the proper perspective that our litigants came first. After I declared a mistrial before going into the hospital (because my ego forced me to try to play the “hero child” in beginning the trial in the first place), Chief Judge Laurie Smith Camp, Judge Joe Bataillon, and Judge John Gerrard stepped in and, with my complete agreement, took over most of my caseload. This not only burdened them personally, but raised all sorts of tedious and complex administrative issues that Magistrate Judge Zwart handled with nary a hiccup.

Maybe a three person law practice or small federal court is unique. All I know is that I owe a debt of gratitude that I shall never be able to repay to my former law partners and present judicial colleagues. Carrying for another lawyer/judge who is sickly in a small operation like my former law practice or my present court is tricky. In the balance is the concern for one’s fellow law partner or judge on a personal level contrasted with a rock solid commitment that the interests of the client/litigant always comes first. Striking the proper balances requires a well-developed sense of decency and principle.

Thanks to Ed and Jim for teaching me about what a law partnership can really mean when operated by lawyers truly committed to each other and their clients. The same goes double for the judges (and staff) of the United States District for the District of Nebraska, particularly Laurie, Joe, John and Cheryl. I am very fortunate and very thankful.

In this post, I ask two questions about the Supreme Court’s recent “cell phone” cases.  To be clear, I express no opinion on the merits of pending or impending matters that appear or may appear on my docket as a result of those cases. That said, because it is practical and rule based, I like the Court’s simple approach–get a warrant.  I do have questions though.

First, what is a “cell phone?”  Is a “cell phone” a “smart phone?” Is a “flip phone” that can send and receive phone calls and text message but perform no other function save for maintaining a call log and a contact list, a “cell phone” within the meaning of the Court’s new jurisprudence? If so, why? 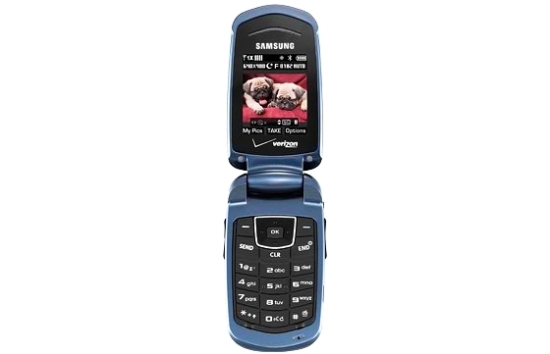 Second, virtually all smart phones can be locked.  That is, they cannot be opened and operated without using a code or a fingerprint scanner. Indeed, my government iPhone locks itself when no longer than five minutes has expired after the last use and may lock as early as one minute.  At that point, I cannot use the device without unlocking it using a six digit code or a fingerprint scanner. (A terrible pain in the ass.)

If a digital device is easily locked and therefore protected against prying eyes when locked, there is little doubt that the owner has a reasonable expectation of privacy in the massive storage capacity of that device provided the locking mechanism is enabled. A warrant therefore would be required to search the contents of a locked cell phone no matter how one views the Fourth Amendment.

But, if the phone is not set to lock, why should a warrant be required when the owner has not taken a simple and easy step that would protect his or her privacy when out and about in an auto with his smart phone? Why is the search of this vast “open container” lawfully seized by the police, but without a warrant, unreasonable?

These are probably silly questions. Nonetheless, humor me. What say you?

I watched Joan hand weed her garden in the light rain yesterday. Some things are more important than others.

A highly regarded Lincoln trial lawyer wrote me a note yesterday. She told me that I ought to rethink my constant bitching about the fact that I don’t have my own Article III toilet.  She pointed me to this article, and photo, in the ABA Journal, entitled Exploding courthouse toilet is blamed on recalled product. Because I continue my sophomoric view of the world, I just loved the idea of an exploding toilet in some state courthouse. It gave me the opportunity to write about “shit” without using the word.

However, I realized that if I were not careful, I might further a misimpression. Sadly, and like many others, my correspondent failed to recognize that federal Article III toilets, including the entire bathroom, are made of gold and not cheap porcelain like the one used in the Montana courthouse that is the subject of the article.  This is a common error made by mere trial lawyers who never have the opportunity to see (or use) what stimulus spending can do when put to proper use. What a shame.

Here is a pretty close approximation of what I am missing (and what I am entitled to): 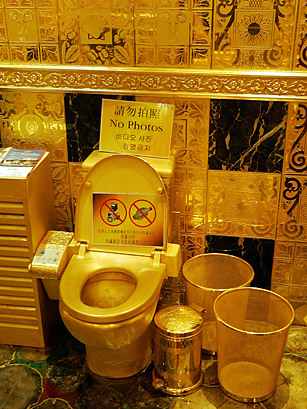 No, Jeanelle, I shall not stop complaining. If I have to I will play the C (cancer) card. I hope it doesn’t come to that. But the Administrative Office of the United States Courts in Washington is herewith warned.

I got out last Sunday late in the afternoon. After seven days in the hospital, I have eaten all the jello that I ever care to eat. I spent this week at home “recovering.”  So, here is kind of status update, plus an observation about things that would appear unrelated to most people but seem related to this quirky old fellow.

I had acute Bleomycin pulmonary toxicity (BPT).  Basically, the lungs become inflamed and fail because one of the chemo drugs (Bleomycin (Bleo)) decides to play nasty. People who suffer from Hodgkin’s lymphoma (HL) are typically treated with Bleo as a  part of the chemo cocktail and that puts them at risk. The potential consequences BPT are not insignificant. See, for example, here.

With help of an infectious disease specialist, a lung specialist and my oncologist working together, I was fortunate. They were able to diagnose and treat the problem rapidly and effectively. Without going into detail, both the diagnose and treatment of BPT are tricky and require close coordination between the specialists. After receiving their fine help and enjoying this week’s rest, I restart my chemo regime this coming Tuesday, but without using Bleo. The absence of Bleo in the regime is not a good thing, but there is no substitute for that drug in the current treatment protocols. Besides, there is no hard data that suggests that discontinuing Bleo at my age, and given my otherwise good progress, will make a difference in dealing with the HL.

Now, hold on, I am about to turn abruptly.

Radical legal realists (previously know as the “Crits”), and many language theorists more generally, believe that resolving disputes can never be based upon words having immutable meanings. That is, there is no “right” answer to the meaning of words and consequently the correctness of a legal decision. According to these folks, the judge should pick the meaning of words that takes into account the causes and consequences of legal disputes and legal decisions. Any other approach is “word-magic”or “transcendental nonsense.” JOHN HASNAS, BACK TO THE FUTURE: FROM CRITICAL LEGAL STUDIES FORWARD TO LEGAL REALISM, OR HOW NOT TO MISS THE POINT OF THE INDETERMINACY ARGUMENT, 45 Duke Law Journal 84, 90 (1995) (footnotes and citations omitted).

Tighten your grip, I am about to swerve again.

While I was in the hospital, I rode the “Bronch” (for the purpose of lavage). Basically, what happens is that a lung doctor sticks a scope with a camera down your throat, the doctor visually examines the lung, the doctor injects a saline solution through the tube and into the lung, and the doctor withdraws the saline solution for later analysis. In my case, the doctors, a technician (I think) and a nurse came to my room dressed in “yellow hazemat” suits with their machinery and equipment.  The lung doctor explained the procedure and assured me I would feel nothing since I would be lightly sedated. Below is a pretty good photo of somebody like me riding the “Bronch” from his hospital bed.

The lung doctor asked if I had any questions. I said that it sounded like he wanted permission to “water board” me. Without missing a beat, the doctor replied that he preferred to think of it as “power washing.” We both laughed, and the sedative began to flow. The last thing I remember is drifting off amused by the magic of words.

Before Monday morning bench trial checked in at clinic.

2. However, Pet scan showed big problem in both longs–direct admit to hospital.

3. Lung problem probably a result of one of the chemos drugs. This is a known risk of using that particular chemo drug.

4 As a long as I can walk absent human help and my blood oxygen level is .90 or above the plan is to go home Sunday.

6. I won’t be taking any trials for next sixty days at a minimum. Hearing and sentencing I will continue to handle

I will keep you know as I no more. Blogging will be slow.

PS TO LAWYERS: My sincere apologies for mistrial of your important trial. As you know, a new judge will be assigned.  Undoubtedly less goofy!

For several days, I will be taking a break from blogging.  Nothing to worry about. The ongoing bench trial, multiple tests, and fatigue will keep me away from the key board.