In my post yesterday, I suggested a mechanism short of impeachment to get rid of Judge Fuller. Impeachment was not one of them. In this post I explain the fundamental reason why I don’t favor impeachment and why I am frightened by the thought.

Fuller’s despicable conduct was nevertheless private, and it was unconnected to the performance of his judicial duties. If you examine the prior impeachment cases tried in the Senate from the list and summary prepared by the Federal Judicial Center and presented in my (updated) post of yesterday, you won’t see anything comparable. Now, let me be clear, I don’t mean to excuse Fuller’s behavior or suggest that domestic violence should be tolerated in any way. I mean “comparable” in the way lawyers and judges parse precedents. And, what sticks out to me is the private nature of the abhorrent conduct.

It is perfectly fair for you to ask: So what? Here’s my answer: “I don’t trust the House of Representatives to exercise restraint once articles of impeachment are presented against a federal judge for conduct that is private in nature.” I fear political witch hunts against judges who have offended the party controlling the House. 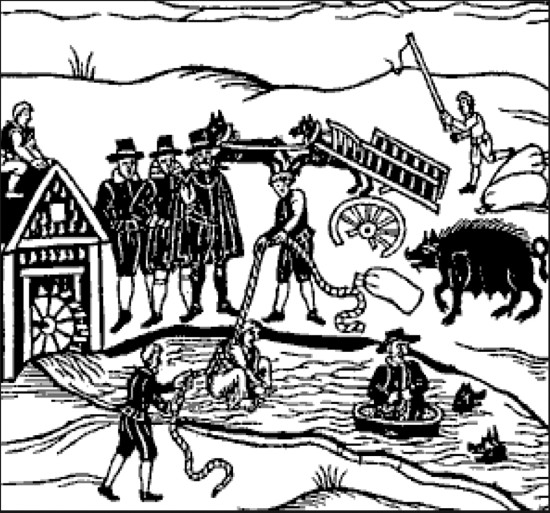 I have thought a lot about impeachment. I even have experience advising a legislative body whether to impeach, and when the body elected to disregard my advice to condemn but not impeach, trying the impeachment case I advised against. I know what can happen when a legislative body gets wound up. Such bodies almost never exercise restraint. They don’t think about the consequences, and if they don’t like the political stripes of the person in the cross-hairs there is an almost irresistible urge to get partisan.

Let me give you an example of case that fully illustrates my fear. While I will not name the judge, the case I next describe is a real one.

Judge A killed a man. The judge was driving his car and crossed into an adjacent lane. The older man in that next lane was on a little motorcycle. The judge’s car hit the motorcycle, and knocked the operator to the concrete. He died at the scene or shortly thereafter. Judge A should never have been driving. He was blind in one eye and when his hearing aids failed to work properly (as they often did) he was deaf. Judge A was also an icon. He was revered by judges and lawyers across the nation. He was the very essence of a model judge, and various national organizations had recognized him as such. But a man was dead, and the judge’s poor judgment (“reckless driving”) compelled the local prosecutor to charge the judge. Judge A admitted his error, and was placed in a diversion program which required community service. The judge completed the community service hours as required. Judge A had decided lots of high-profile cases. The outcome of many of those cases was distinctly “liberal” when viewed from the fractured lens of the true believers on the right.

Now, if Fuller’s private conduct justifies impeachment, tell me why Judge A’s private conduct resulting in death does not also justify impeachment? More particularly, if Judge A really pissed off the House and that body had been fuming about his liberal decisions, do you really think Judge A would be treated fairly by the House? I don’t.

Get rid of Fuller, but don’t impeach him for his private conduct. The good men and women who serve the federal judiciary will rue the day if you do.