Last night, my chambers, and our significant others, got together for a “going away” dinner with Ryan Cooper. Patti Vannoy, Ryan’s fiancée, accompanied him. 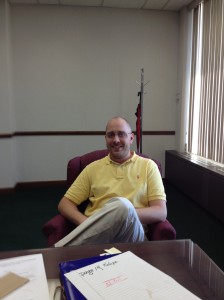 Ryan has worked with us for seven years. He first served as a paid intern when he was in law school, and then as a pro se law clerk and later as a chambers’ law clerk. Because of a silly Washington rule driven by overwrought budget concerns, Ryan’s last day with us will be tomorrow.

I have written and raved about Ryan and how much I think of him before. So, I will simply say Ryan is one of brightest and nicest young lawyers I know. His fiancée, Patti, is also an incredibly accomplished young lawyer. By the way, Patti is one my favorite people, and Ryan is lucky to have her at his side. 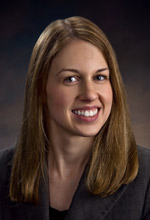 I can’t say enough good thinks about Ryan. So, I will simply conclude by saying all of us will mightily miss Ryan. The place won’t be the same without him.*

*One of Ryan’s jobs was to warn me when active shooters entered the building, but if I explained the details I would have to kill you! That said, and unlike Ryan, I am absolutely certain that none of my other staff would take a bullet for me.