In part, the story recounts the saga this way,

Huskers defensive end Jack Gangwish was driving his pickup north of town on Dec. 3 when spotted a raccoon in the road and decided to take a photo of himself with the animal.

The raccoon wasn’t as keen on the idea and bit 21-year-old Gangwish in the calf.

“It was a raccoon selfie gone completely wrong,” he said later.

Gangwish said he thought the raccoon should be tested for rabies, so he grabbed a wrench with the aim of subduing it.

“It was death by crescent wrench,” said the 6-foot-2, 260-pound Gangwish, who later tweeted that he did not have rabies.

Wild animals account for 90 percent of rabies cases in the United States, and raccoons make up almost half of those, according to the website of the Centers for Disease Control and Prevention. There were about 6,200 cases of animal infection and one case of human infection in 2012.

On Wednesday, Gangwish said his wound was doing OK and declined further comment.

In her letter to Eichorst, PETA President Ingrid Newkirk said, “No animal deserves to be bludgeoned to death, and cruelty is not acceptable under the law. It’s time for acts of cruelty to animals committed by players to be taken extremely seriously, and with violence in football culture now under the microscope, this is the time to address the issue.”

Trigger warning: I next write figuratively and not literally:  I love all creatures great and small, but this asinine complaint makes me want to beat PETA with a wrench.

Some of you are old enough to remember when Tom Osborne went for two, seeking a win against Miami rather than a tie. Had Dr.Tom simply kicked the extra point, his Huskers would have been national champions that year. But Osborne did  not think or play that way. The Huskers went for two points, a defensive back from Miami swatted the short pass away from the Husker receiver, and Miami won. If sports can teach young people, this was one of the greatest teaching moments of the modern era.

Tonight, the Huskers play Miami again here in Lincoln, under the lights and on national television. Our little town in our little state is all a twitter. And, that, of course, brings me to Ray Rice.

I love football. I love high school football.* I love college football. I love the NFL. I don’t care much about Ray Rice or whether he will win his appeal of his indefinite suspension. But, I do care about good legal writing. 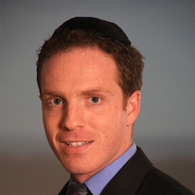 Levi S. Zaslow is a young lawyer in Maryland. He has written a terrific piece explaining why Ray Rice should win his appeal of the indefinite suspension for beating his wife after he was first punished by the Commissioner of the NFL with a two game suspension. See Levi S. Zaslow, The Legal Appeal of the Ray Rice Appeal: Despite a Broken Process, Ray Rice’s Indefinite Suspension Should Be Reversed on Appeal (September 18, 2014). It is very nice piece of legal writing about due process and the strange world where the NFL and the League’s detractors confront the realities of labor and employment law. Go read it, and, go Huskers!

*As I have mentioned before, one of the best moments of my life was when Dr. R. Keller Kopf, then 18, ran onto the turf at Memorial Stadium while pictured on the big screen at the beginning of the Class A state football championship. As the “small tight end,” Keller made me proud. I knew how hard he had worked to build his body and mind to a point that would allow him to play in such a game. The perseverance he learned in that endeavor served him well later on, and serves him well even now.

Last night, Nebraska held off Wyoming 37-34 in the opener.

Wave Scarlet and the Cream

While all with loud acclaim

Write on the football scroll of fame.

“How Captain Bender Won the Game, In commemoration of the Notable Football Contest of November 14, 1903” from Addison Erwin Sheldon, Poems and Sketches of Nebraska, p. 105 (1908).