July 1, 2015 By RGK in Uncategorized Tags: A Grief Observed, C.S. Lewis, highs are not so high and lows get lower, Mike Ogborn, the impact on lawyers of trying civil cases, the plight of the civil trial lawyer 55 Comments

I have appropriated the title to this post from C.S. Lewis and his little book entitled a “A Grief Observed” that recounts his thoughts shortly after the death of his wife. This book helped me get through the death of my first wife the day after Christmas in 1986.

This is a blurb about the book:

Written after his wife’s tragic death as a way of surviving the “mad midnight moment,” A Grief Observed is C.S. Lewis’s honest reflection on the fundamental issues of life, death, and faith in the midst of loss. This work contains his concise, genuine reflections on that period: “Nothing will shake a man — or at any rate a man like me — out of his merely verbal thinking and his merely notional beliefs. He has to be knocked silly before he comes to his senses. Only torture will bring out the truth. Only under torture does he discover it himself.” This is a beautiful and unflinchingly honest record of how even a stalwart believer can lose all sense of meaning in the universe, and how he can gradually regain his bearings.

This post is not about a death of a spouse. Rather, it is brief reflection on trying cases to juries and the impact trying cases has on the souls of the lawyers.

Yesterday, my jury returned a verdict for the defendant. When I take a verdict, I review the verdict form first and then have the courtroom deputy show the lawyers the verdict. After that, I read the verdict out loud. In civil cases, I don’t require the lawyers and clients to wait around the courthouse for a verdict. They can go home if they wish, and we call them with the verdict. However, they can wait if they like.

The plaintiffs waited with Mike. It is hard to wait. Jim and I speculated how we could get the injured man and his wife some money if we could in good faith do so. The fellow was very credible. He was a lean and tough working man with an amputated leg, over a half million in medical bills, and lasting and horrible disabilities. Jim and I felt for him. But we ultimately concluded that if we had to decide the case we would be compelled to rule for the defendant a big corporation. No negligence would be our verdict. That’s what the jury ultimately found. 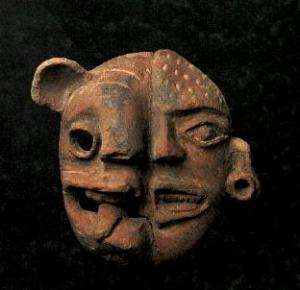 Credit: Museum of the Origins of Man

As I looked into the faces of Mike and his clients as I read the jury verdict I saw the pain that the rejection of their claim caused. The pain was palpable.

What struck me most was the pain on Mike’s face. He is not a kid. He’s 49. He has done this many times before. I wondered what he would think as he flew back to Denver to address the files of other clients piled high on his desk.

I know that when you devote your life to trying civil cases that after a while the highs are not so high as they once were and the lows get even lower too. And I thought of C.S. Lewis:

“Nothing will shake a man — or at any rate a man like me — out of his merely verbal thinking and his merely notional beliefs. He has to be knocked silly before he comes to his senses. Only torture will bring out the truth. Only under torture does he discover it himself.”

Trying lawsuits is torture on the lawyers, and the pain is searing when the jury goes against you. It takes an unusual person to do this for a living. I hope Mike will be OK. If our situations were reversed, I am not at all sure that I would OK.

I might well take up heavy drinking and pick fights with my wife. A divorce would not be out of the question. I might be cruel to my friends and anyone who happened to venture within my sight.  I could easily turn into a “prick” lawyer making life miserable for my opponents and the judges before whom I appeared. If so, I would revel in their frustration. I would develop an ulcer or some other physical problem that I would ignore but bitch about incessantly. In short, I would be transformed from the loving and kind young man who started law school into a real bastard.

Trying lawsuits is torture. As CS Lewis observed, torture can bring out the truth in a man. Alternatively, it can turn a good man into a beast.

I sense Mike will retain his sense of humanity and confidence in himself. I certainly hope so.

We lawyers and judges who sit on the sidelines should have empathy for those who venture into the modern-day Coliseum of the courtroom to do battle with the lions and tigers that are waiting to rip out their beating hearts. Trying cases is a merciless endeavor, and it takes a very unusual person to do it day after day with grace and a peaceful soul.