Anyone who is keen to study what judges actually do must read a new empirical analysis by giants in their respective fields of political science, economics and law. See Lee Epstein, William M. Landes and Richard A. Posner, The Behavior of Federal Judges  A Theoretical and Empirical Study of Rational Choice, Harvard University Press (January 2013).* The study looks at the behavior of federal district judges, circuit judges and Justices of the Supreme Court.

I will have more about this book in later posts as it regards district judges, but for now I want to highlight the authors’ analysis of sentencing in the district courts.  Here is the essence of the authors’ conclusions regarding sentencing:

To summarize our analysis of sentencing, there is evidence of ideological influence, with judges appointed by Republican Presidents generally imposing heavier sentences when other influences are corrected for. The ideological influence is modest, however, consistent with the overall result of the analysis in this chapter that ideology plays only a small role at the district court level, even though district judges have considerable discretionary authority.

Derived from their statistical analysis, here are the numbers that the authors provide to support the foregoing conclusion:

Differences between Rs and Ds persist when district effects and the other independent variables are held constant, although the differences are small. On average Rs can be expected to sentence defendants to 6.5 more months in prison than Ds in organized-crime drug cases (a 6.6 percent increase), 4.4 months in other drug cases (4.8 percent), 3.5 months in weapons cases (6.4 percent), and 1.1 months in immigration cases (17.7 percent).

The results are consistent with our previous findings. In three of the four categories, the fraction of Rs in the court of appeals significantly lengthens prison sentences. In organized-crime drug cases, we predict that a district judge in the Eighth Circuit, where more than 80 percent of the [appellate] judges were Rs in the relevant period, would sentence a defendant to 25 more months (a 26 percent increase) than a district judge in the Ninth Circuit, where only 40 percent of the [appellate] judges were Rs. The difference in other drug cases is 19 months (a 22 percent increase), in weapons offenses 8 months (15 percent), and in immigration cases 4 months (65 percent).**

In the coming days, I will offer a critique of the data set used in the authors’ analysis of sentencing at the district court level. I will also suggest a way to address that data problem.  Additionally, I will focus on empirical questions pertaining to how district judges in the same district sentence–the question of intra-district disparity.  For now, however, it is enough to state that this book should be read by anyone who is serious about studying judicial behavior at the district court level.

*I have earlier written in this blog about my career law clerks and their incalculable value to me.  One of those clerks (Jim) tipped me off about this book after reading an excellent review. See Cass R. Sunstein, Moneyball for Judges, The Statistics of judicial behavior, New Republic (April 9, 2013).

** While it is not entirely clear, this analysis appears to be based upon sentences imposed after a trial rather than after a guilty plea.  I need to look into that question in more detail because it is very important.

Like Loading...
April 2, 2013 By RGK in Uncategorized Tags: facts vs. law, How trial judges think, role of federal trial judge, theory and reality, what trial judges do best 1 Comment

Plaintiffs claimed that Nebraska had breached its good faith obligation under an interstate compact when it refused to license a nuclear waste disposal site.  The issues were complex. Over the span of a month or so as the trial proceeded, tons of scientific evidence was presented derived from computer models, hydrographs, well borings, core samples and physical observations.  At issue were questions pertaining to ground and surface water flows, wetlands, the topography and geology of the site, radioactive release scenarios, and on and on and on.  The evidence made my head spin.

Near the end of the nonjury trial, the lawyers and I flew to the site so I could see what it actually looked like.  The site was in a remote part of Nebraska.  (Is that sentence redundant?)

The day we arrived it was so hot and windy that we had to walk each of the 320 acres rather than taking a vehicle.  A pickup’s exhaust might start a prairie fire.   Since the license had been denied, no construction had taken place.  It was difficult to envision how the completed project would look in relation to the topographical features of the half section of ground where the project was to be  constructed.  Thus, we really had to tramp all over the damnable place.

During the walk-about, I tumbled down a slight ridge and into a culvert.  The lawyers helped me up and tried hard not to laugh.  I wasn’t hurt.  However, I was covered with stickers and all manner of dust and dirt.

After I picked the straw out of my hair and our tour ended, we returned to the plane.  While we were in the air, I tried to compose some notes of what I had seen and how that site visit could be placed in context with the other evidence that I had heard.  The inside of the plane was stifling and I was stumped.  None of my notes made sense.

We eventually reached an altitude where the temperature in the little twin-engine began to fall to something slightly under 80 degrees.  As the temperature moderated,  and almost without thinking, I began to sketch.  By the time we landed, I was beginning to understand the true picture.

Once the trial ended, and I began to draft my opinion, I sat down to carefully review my notes.  What drew my attention again and again was the sketch I had started on the plane.  I began to refine the sketch.  The more I refined the sketch, the more the scientific issues and the case more generally came into focus.

The opinion I wrote was very long, some 200 pages or so.  But, it was the sketch that encapsulated my basic understanding of the case and much of what I thought was important.  That sketch is reproduced below:

So, what lesson is there to be learned from the foregoing about being a federal trial judge?  It is pretty simple.  Facts are the dominion of the trial judge whereas law belongs to appellate judges.  It is up to the trial judge to understand the facts better than anyone and then portray them honestly. That effort sometimes requires getting a bouquet of burrs on your backside. 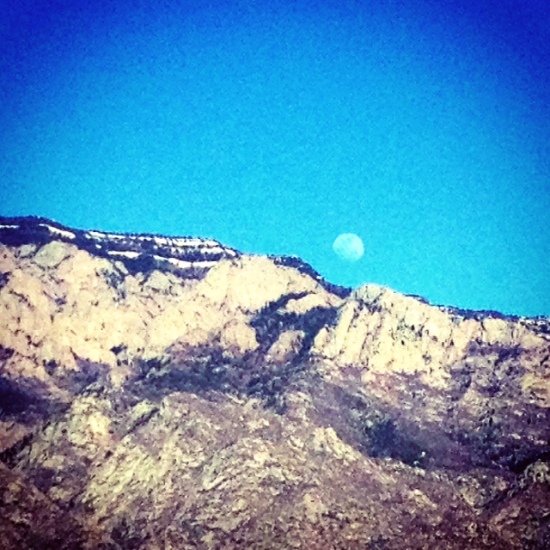 As I said in an earlier post, the trial courtroom is not mystical.  It is a real place where, all too frequently, the judge hears horrid accounts of awful things.

As I write about the role of federal trial judges, I cannot stress too much the importance of confronting and embracing this realism.  Understanding theory and doctrine are critical to the trial judge’s work, but seeing things for what they truly are and saying so is equally important.

The aging, crack-addicted black prostitute–convicted of being a minor player in a drug ring who hung herself in the cell adjacent to my courtroom shortly after I sentenced her–provides an example.  We federal trial judges must be concerned with the disparate impact that the crack laws have on young black men.  However, the deadly carnage that those young black men inflict upon the least among us is not ethereal.  It is a reality that cries out for expression in the starkest of terms.

To borrow a phrase from the elites (that I otherwise abhor), we should not fear to judge.  This idea–nothing more sophisticated than telling the uncomfortable truth–will be a recurrent theme in posts to come.